Learn about Allan’s recovery journey from his addiction to alcohol, cocaine, and meth. Allan is a Veteran of the US Army and an Alumni of Starlite Recovery Center. 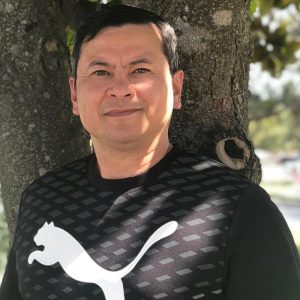 After 23 years of the US Army and being told what to do and when and where to do it, the transition proved to be unexpectedly difficult. My drinking began while I was still in the service, but progressed when I retired. After everything that occurred in the Army and three marriages later, I was baffled by where my life had gone.  I didn’t understand why my relationships ended and my life had been overcome with loneliness, self-pity, and unhappiness with who I’d become.

Soon after my third marriage, I was on the dating scene and it all revolved around alcohol. Eventually, the alcohol wasn’t enough and I turned to other ways to become the “cool guy.” Cocaine fueled me after my first sip each time I drank. I would always use after that first beer, even when I told myself I wasn’t going to use drugs. A few years and over $100,000 later, I was utterly defeated.

I decided to move to the Hill Country to be with my now-wife, and I thought I would be fine because I wouldn’t have access to the cocaine and, at the time, didn’t consider myself an alcoholic. After the first couple years of being married, I was getting bored and going to Austin to see my friends and partying there. I would only do it in the weekends thinking I had it under control. That didn’t last long because I was starting to bring a little with me. Thinking I could keep my party going, I met new friends in my area and started bringing back more and distributing. I, once again, was the “cool guy” and was sought after (so I thought). Then that one night my friend said “here, try this.” It was crystal meth.

It wasn’t long after that when I walked away from my marriage and was barely hanging on to my job. Shortly after, I found myself without a place to stay. I called three of my friends and one didn’t answer, one said I couldn’t stay there, and the third one said to come over. When I got to his house, he explained that there is only one way I will help you. You need rehab. I’ll take you there right now and then he said he didn’t like the guy I was now. I immediately called my wife and went home and told her that I needed rehab and asked if she would take me.

By the grace of love and God, she agreed. It has been almost two years since I’ve been to Starlite and I have been sober ever since. The staff and people I met there were the right people at the right time- and now have many friends that share the same passion for life that I do.

Because of Starlite and the program I learned there, I am able to live happy, joyous and free. I have a better job and money in my pocket. I am even in the process of buying a house. I am still married to my loving wife and I have friends that enjoy my company- and I enjoy theirs. The best part of my day, besides coming home from work and seeing my family, is coming back to Starlite and working with those who want to recover and sharing with them what was so freely given to me there.